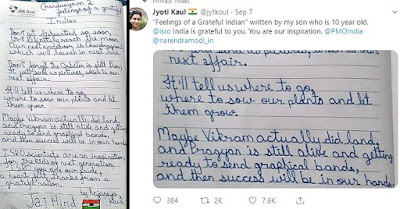 "Maybe Vikram actually did land and Pragyan is still alive and getting ready to send graphical bands, and then success will be in our hands,"

a handwritten message to ISRO scientists from 10-years old Anjaneya Kaul in his letter titled "Feelings of a Grateful Indian",posted online by his mother Jyoti Kaul 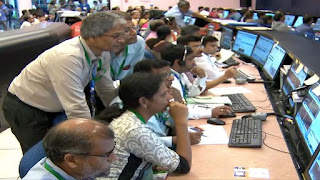 Fate was not on ISRO chief K.Sivan’s side when early on September 7, Vikram, while on its descent to soft land on the Moon's South Polar Region, apparently lost control and crash-landed there, snapping the communication links. It started to deviate from its trajectory and after coming as close as 2.1 km from Moon’s surface, it lost connection with earth. With a heavy heart then K. Sivan briefed Prime Minister Narendra Modi who was sitting in the ISRO premises waiting to watch Indian scientists at ISRO making history. After listening to the ISRO chief talking about Vikram’s failure to connect, PM got up to leave. 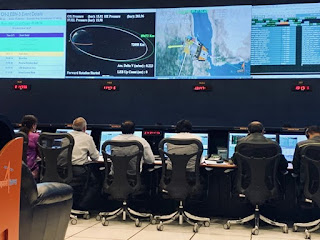 All the scientists and the schoolchildren who had been selected to view the Landing at ISRO were aghast. Everyone had eagerly witnessed each step of Vikram’s journey from late at night on 06th September. Media was also telecasting the whole show continuously. No one had yet accepted the reality that the Chandrayaan 2 was a failure. By then Prime Minister came back and met all the scientists and told them that they had done a great job. What they had achieved was not a small thing. The nation was proud of all of them. “You have my support in whatever you do.” He said and started to leave finally. 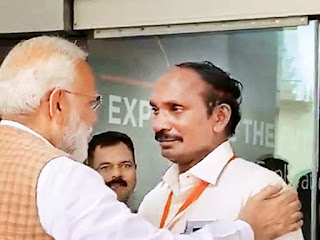 While bidding adieu to the ISRO chief in the foyer, he shook hands and that was enough to make the ISRO chief break down. He started to cry like a little baby who had made a big mistake. What the Prime Minister did after that has again added another feather in his cap. His critics and non-believers too got a glimpse of Modi’s innate magnanimous character. Of course nobody expected him to be angry or throwing fits of temper tantrums at the failure of the Mission, but no one also expected him to hug and console another adult like this. 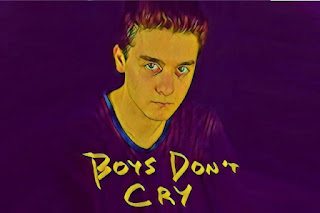 Crying is viewed to be a very raw, intimate act and can be a little uncomfortable to do in front of people.  In India, we also believe that only children cry, Boys don’t cry, grown-ups can’t cry and most importantly, grownups can’t cry in front of others.  When we see adults crying, we associate the situation with doom, gloom or sadness. Crying is associated mostly with unpleasant, unwanted and negative sentiments such as: it displays signs of any “weakness,” “feminine emotions,” and makes other people uncomfortable. Tears are less effective, and possibly damaging, when they occur in large group or professional settings, during interactions with your superiors or in a business meeting.

For normal people, crying is associated with the outburst of emotions that get bottled up in our heart and brain. Sometimes a good cry helps us to vent out the frustration, stress and anxiety related to failure of a much awaited result. So after we cry we clear our mind and body of the negative vibes we decide to move ahead towards success. I am not saying that crying occurs just as a placebo effect. It has been proved through scientific studies that crying actually helps to make us feel better. There are plenty of ways in which crying helps to improve our mind and body. 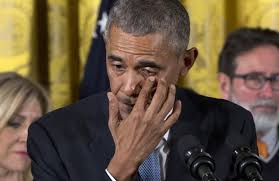 It is not that leaders have not cried publicly before this. There have been emotional breakdowns that US Presidents have had before this. But in those cases, tears were an outcome of great grief or happiness/satisfaction.  In this case, ISRO chief K.Sivan’s act of crying on the shoulders of PM Modi could be viewed as his emotional vulnerability. A scientist at such a high post has not been seen crying previously; but neither has a chief been entrusted with such an uncertain yet highly sophisticated mission. All of us are aware of how difficult it is to land on Moon and how the countries which have succeeded in doing so in the past have not achieved the milestone in their maiden attempt. Hence being an unprecedented act it needs to be seen as a purely cathartic act. He must be, literally and figuratively releasing bad stuff out of his mind and body. 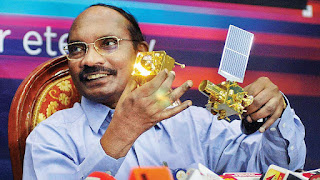 It was in fact an act which showed to all of us that K. Sivan was not just a power hungry chief but a real scientist at heart who just cried it out when he had an unsuccessful experiment! And that’s what keeps our hopes alive that as a scientist he will let the bygones be bygones and try again. Crying in front of the whole world is not easy. For someone in his boots he could have collapsed after the great setback but no, he chose to cry it out and move on. That’s such a pure and honest act just like a child.

So parents, do not stop your children from crying.

Be happy about the fact that they can cry.